The development of 3D-printed robots is no longer a novelty. Recently, students from Georgia Tech (School for Electrical Engineering and Information Technology) have developed an extraordinary robot. The robot being referred to is SlothBot, which is partly additively manufactured. This adorable robot is meant to be a long-term environmental observer. SlothBot hangs out in the trees, watching the plants, animals, and environmental conditions and moving only when necessary.

The Georgia Tech team first started working on the SlothBot last year, completing a much smaller prototype for the International Conference on Robotics and Automation. The current iteration, supported by the National Science Foundation and the Office of Naval Research, is three feet long. The robot takes inspiration from its animal namesake, showing how a slower pace can work for some applications. The resemblance with an actual sloth can be seen not only in the design but also in the robot’s slow mode of locomotion.

The researchers programmed it to move along a 100-foot cable strung between two trees, using sensors to track data such as carbon dioxide levels, temperature, and weather. It only moves when it needs to and searches for sunshine to recharge its solar-powered batteries. Eventually, the SlothBot will be able to cover more ground by climbing from cable to cable, as a sloth might. 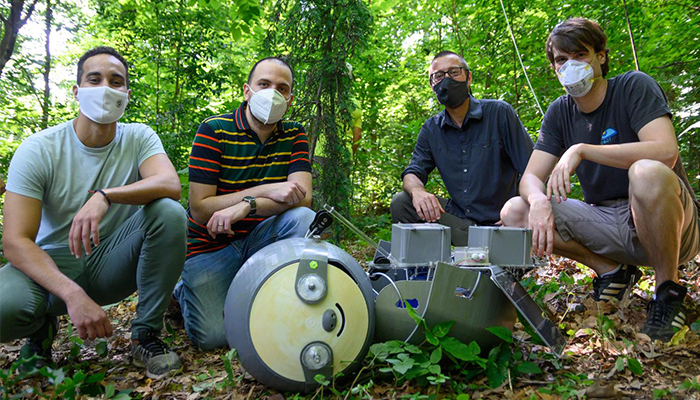 The SlothBot features a 3D-printed shell, with an attached solar panel that powers the motors, gearing, batteries and sensors inside. It’s only the latest example of 3D printing being used to help save endangered species.

It quickly became clear during the development stage that the robot would have to withstand long-term weather fluctuations. As a solution, the researchers used 3D printing, more specifically an FFF 3D printer, to manufacture a cover that would protect the electronics. One of the advantages of 3D printing lies in the freedom of design – since the SlothBot will be used in places where visitors are present, the goal is for the robot not to be perceived as a nuisance.

An even greater advantage, however, is the weight reduction made possible by 3D printing. After all, the SlothBot will be powered by solar cells, thus, it should be as energy-efficient as possible.

“This is not the way robots are normally developed today, but if SlothBot is slow and energy-efficient, it can linger in the environment to observe what we can only see if we are present for months or even years without interruption,” stated by Steve W. Chaddick. 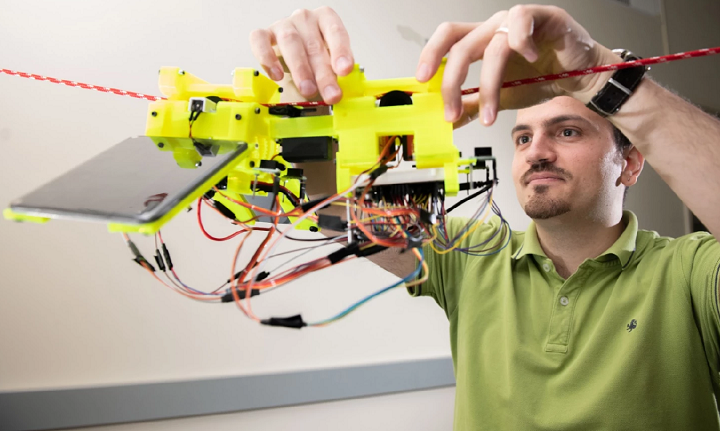 Applications of the SlothBot

The team says that SlothBot can aid them in better understanding the abiotic elements that impact critical ecosystems so that animals and the ecosystems themselves can be better protected. But, the low-energy robot could also be used in precision agriculture, relying on its sensors and a camera to measure humidity, watch for insect infestation, and even detect crop diseases early.

The SlothBot is already being used in a botanical garden in Atlanta. There it moves along a taut rope that is almost 30 meters long. In the future, the SlothBot should be able to monitor forest areas of up to 30 hectares. For this purpose, only some additional lanes will have to be set up. The idea is that the robot will stay put most of the time, and move only when measurements of temperature and carbon dioxide are to be taken. The measurements should help to better understand the environment and protect endangered plants and animals.

“With the rapid loss of biodiversity and the potential extinction of more than a quarter of the world’s plants, SlothBot offers a great opportunity to work towards the conservation of the rare species,” pointed out by Mr Coffey, the owner of the botanical garden.

Before it moves on, the SlothBot could also get Botanical Garden visitors, especially children, more interested in conservation efforts.

In the long term, more robots will be used to monitor forests or even agricultural lands to make observations that will help prevent pest infestation!